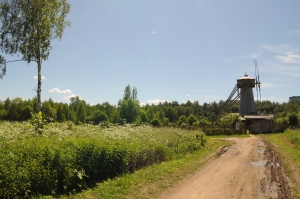 angas subdivided a parcel of waterfront land he owned in Sudbury into three lots. One had direct road access; the others were given a right-of-way over each of the other pieces in order to access their lands. There had long been a gravel road over the properties, and Kivikangas instructed his surveyor to show the right-of-way in the same place as the gravel road. Unfortunately, the surveyor made an error and put the right-of-way over a rock outcrop; where it actually would have been on the ground would be unusable, making the two back pieces landlocked.

When this all came to light, naturally because of a neighbour dispute, the owners of the two back lots sued to have the right-of-way description legally changed to match what was on the ground. After a long court case, and an appeal, the court released its decision in February of this year and corrected the survey.

The decision was the right one to make, but the court made an unusual statement in coming to it: there is no guarantee of boundaries under the Land Titles System. When you buy a property, you buy something, but there is no guarantee that what is on the ground is actually what you thought you were buying. The lesson to take away is that surveys are once again very valuable; whether they come back into favour before the closing remains to be seen, but a new survey showing what is actually there to compare with what is on paper is the only way to be sure you are buying what you think you are.